An Interview with Prominent WPI-MANA Researcher

Make the World Standard in own Research Field

− You have done important work in a variety of fields. What’s your secret?

I don’t have any secrets. I’ve just been focusing on what I want to do without restrictions on the technical or academic field. For example, chemistry and physics as two separate disciplines has little meaning in materials science. My main interest is in functional materials utilizing electrons in solids. In the case of semiconductors, I study the movement of electrons under an electric field, and superconductors are similar -- you manipulate electrons in catalysis to react with molecules on a surface.

My PhD thesis was on line shape analysis of electron spin resonance spectra in glass -- rather fundamental work. After that, I did joint work in the material sciences department at Nagoya Institute of Technology, where I worked with ceramics, especially photoactive glasses and protonic conduction in glass. I did ion implantation into SiO2 glass for a year at Vanderbilt University in the U.S. as well as research at Oak Ridge National Lab, in Tennessee.

I returned to Japan, to Tokyo Tech, and changed my research topic from photoactive glasses to oxide semiconductors. The most visible result of my work at that time was the proposal of transparent amorphous oxide semiconductors for thin film transistors, leading to the IGZO TFT, which is now used in high-resolution LCD panels such as tablets and OLEDs for TV screens.

When I started this research in 1993, there was almost no work being done in the field. But now, 25 years later, oxide semiconductors are the world standard for TFTs for flat panel displays and beyond. It was during this work on oxide semiconductors that we discovered iron-based superconductors. This has grown into a huge field comparable to cuprate superconductors -- in the last 10 years, over 50,000 papers have been published on the subject worldwide. But now I’m moving back into electrides.

The original definition of an electride is a compound in which an electron serves as the anion. The pioneering research was done in the U.S., by James Dye, who first demonstrated the organic electride in 1983. But the compound was very unstable, impossible to treat and quick to decompose, so a low temperature and vacuum were needed. Nobody succeeded in synthesizing a stable electride at ambient conditions until we did, using C12A7 (C is calcium, A is aluminum oxide), a constituent for aluminate cement. Of course C12A7 is a wide-bandgap insulator, but we found that electron can be doped into C12A7 and the resulting C12A7:e converted into semiconductor, metal and eventually superconductor as the electron concentration goes up. 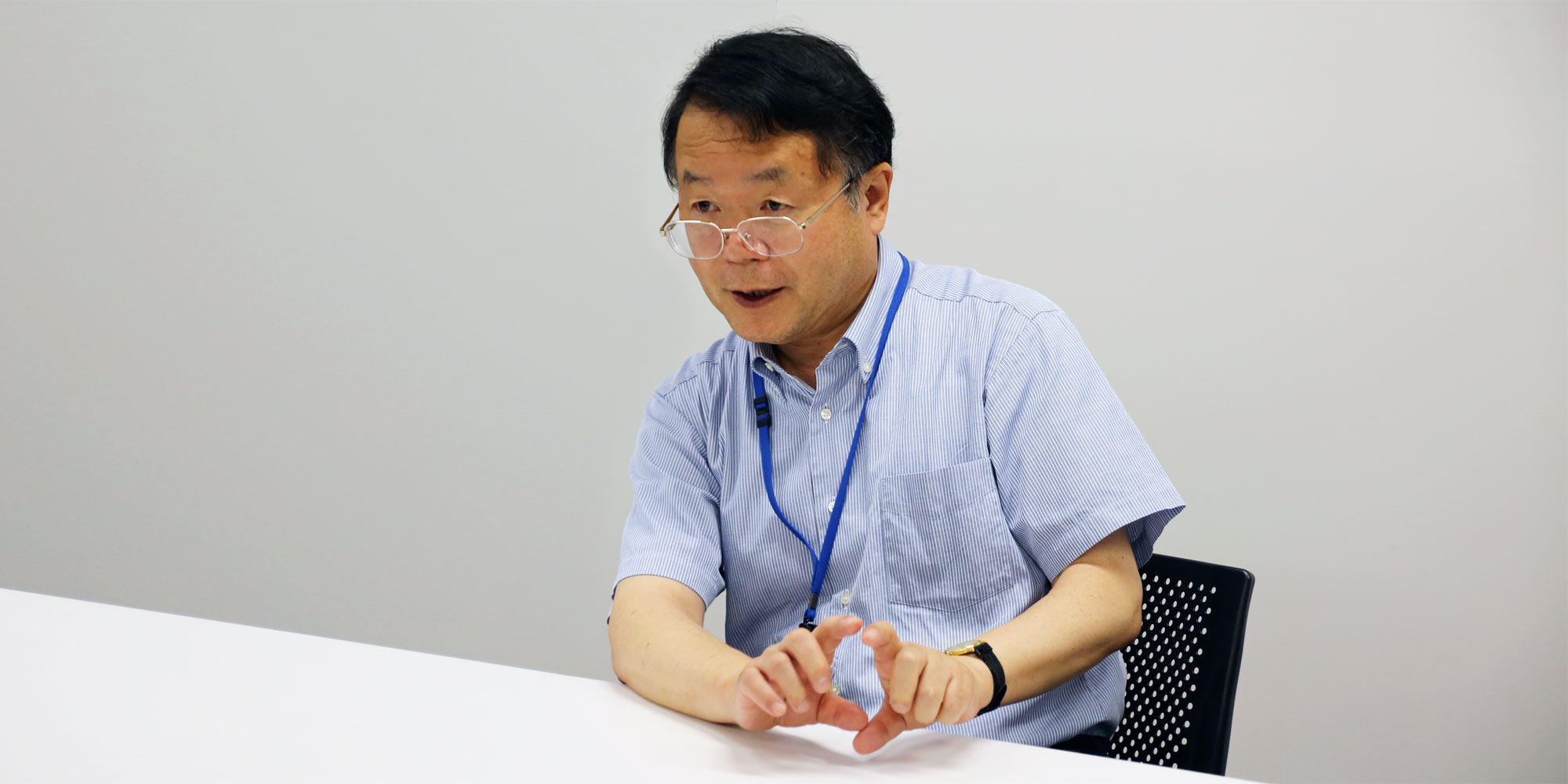 − How did you get the idea to investigate C12A7?

After my PhD work, I got an assistant professor position at Nagoya Institute of Technology. A friend of mine there was in charge of cement materials in the student experiment. I watched them make the cement -- they melted it, then poured it, and it was almost like glass. The ingredients, calcium oxide and aluminum oxide, are both transparent, but to my surprise, even at 200℃ the sample looked pale yellow. At room temperature it turned white, so I thought, something strange is going on here.

That’s when I started to study C12A7. My PhD work was related to point defects in glass, so I thought this phenomenon could be due to a defect, which turned out to be the case. This material is now a known as a multi-functional material, but if I hadn’t noticed the color that day, it might never have been developed.

− What are some possible applications for this work?

Electrides are promising as a catalyst for ammonia synthesis. I started this work in 2011, and a company already has a pilot plant up and running. There is potentially a huge amount of money to be made. Ajinomoto Co., Inc. and a government venture fund invested to create a company, whose name is Tsubame BHB Co., Ltd. (tsubame is Japanese for swallow, the trademark of Tokyo Tech, and BHB is Beyond Haber-Bosch, referring to the industrial process using high pressure for chemical reactions. Haber-Bosch is a large-scale process, requiring huge amounts of energy, to produce ammonia on an industrial scale. Our focus is small scale, with onsite equipment.

You can use renewable energy, like a solar cell or wind power plant. Generated energy is used to electrolyze water to produce hydrogen, which is combined with nitrogen to form ammonia. The biggest use for ammonia is for fertilizer, and onsite synthesis is sometimes called “green ammonia,” made from green energy.

Our process requires milder conditions, temperature of 300℃ and a much smaller pump. And it’s small enough to be installed at smaller sites. The pilot plant is operating in Kawasaki, at a facility owned by Ajinomoto Co., Inc. 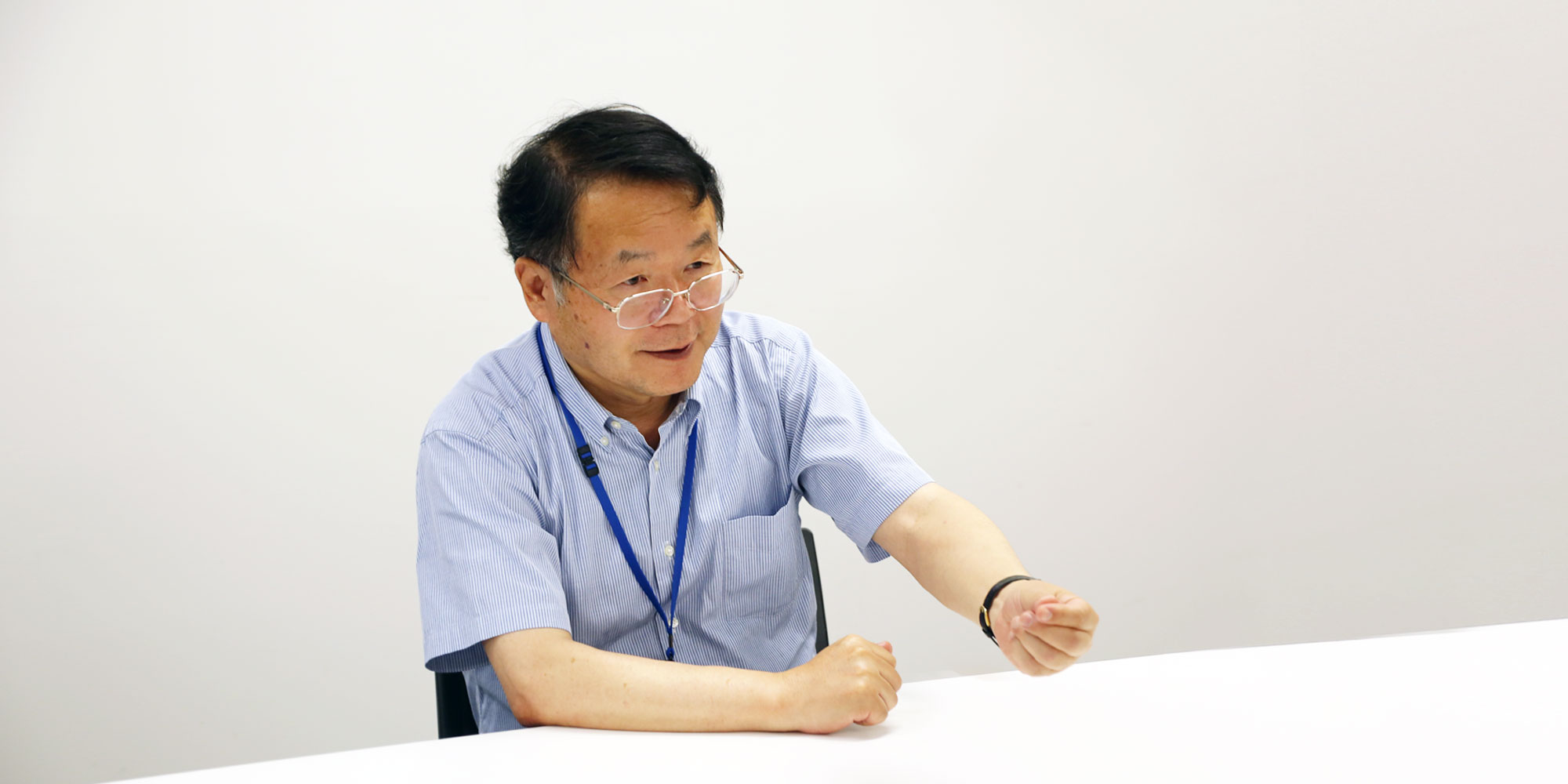 − You also made a big contribution in demonstrating iron-based superconductors. Why are they significant?

One possible exciting application is in wires used to produce strong magnetic fields. Iron-based superconducting wire could be important in high field applications such as particle accelerators, or in superconducting magnets for medical applications, such as heavy ion radiation for cancer treatments. The magnets for these are enormous right now, but if they were smaller, they could be installed in any hospital.

Being a Pioneer not a Follower

− What motivates you in your research?

I love being a pioneer. I don’t like being a follower.

I especially like the initial stages of research, when fundamental science and applications are not separate. It’s like two sides of a coin -- different aspects, but integral parts of the same whole. This is a very exciting phase, when a new field begins to take shape. Applications are not always evident at this phase, but they always reveal themselves eventually. 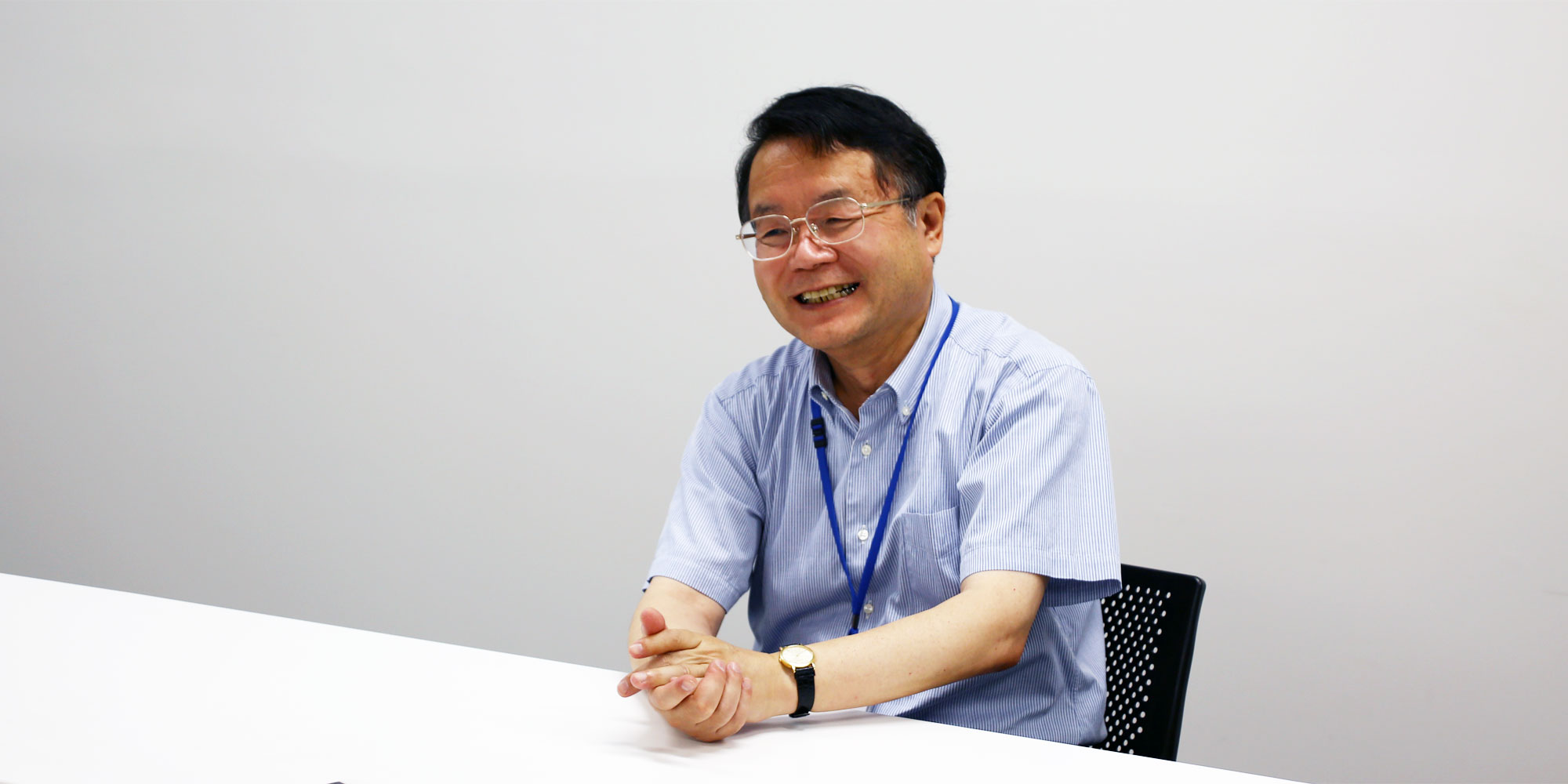 − Do you have a message for young researchers?

Well, I still consider myself a young researcher!

I am also a teacher, but I learn a lot from my students. When working with students, the form of interaction is important. Competition is crucial. I don’t agree with treating young guys overly politely. Of course, the roles are different, but education is very limited if it’s one-way -- it’s better to have mutual interaction.

− What are some things you’ve learned from your students?

Just reading published papers is not enough. Learning through direct interaction and sharing your intentions with other team members on a daily basis is the most effective.

Professors get energy from interacting with young people. The difference between young and experienced people is the social responsibilities of roles, not their position "to educate” or to “be educated."

− Some say you’re in the running for a Nobel Prize.

Well, my research target was never a Nobel Prize. My most interesting research is to solve problems in society, using materials science, hopefully materials born from myself. When I was a high school student, Japan suffered from severe pollution, and diseases like Minamata disease (caused by organic mercury pollution). This inspired me to go into materials science, and that’s why I love it -- it’s not just interesting, it also has the potential to solve social problems through the application of science.

− Which comes first for you, the fundamental science or the application? Do you do research with an application in mind?

I really don’t like this distinction, calling something applied research when it is useful, and fundamental research when it is not immediately applicable. Starting with an application in mind can be a real advantage in materials research, but if you obtain good results, applications will appear automatically. This is not as common in pure chemistry or pure physics. Materials science is always closely connected to society. 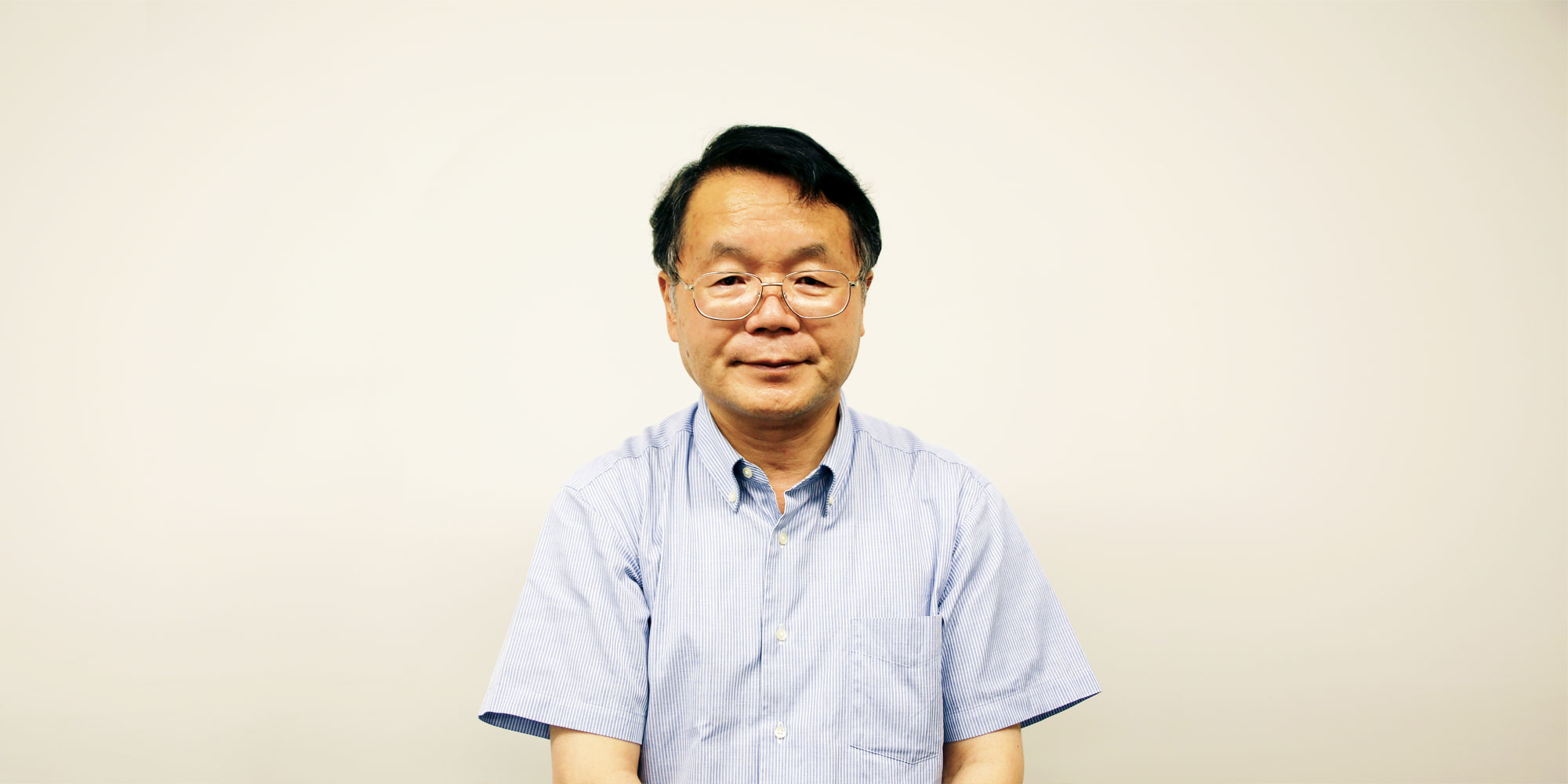