Prof. Allan S. Hoffman from the University of Washington, a pioneer in smart polymers and biomaterials research, visited MANA for the International Symposium on Smart Biomaterials held in Tsukuba on Sept. 9. He and a former student, MANA’s Dr. Mitsuhiro Ebara, sat down with the MANA e-Bulletin to discuss their work.

Dr. Hoffman pioneered the applications of temperature and pH-responsive smart polymers and hydrogels in drug delivery, diagnostic assays and biologically active and non-fouling polymer surfaces. He is highly respected in the field of biomaterials, and has received numerous awards, as well as over a hundred patents.

Dr. Ebara’s research is in smart polymers, which are finding applications in a variety of fields, including regenerative medicine, drug delivery and rapid diagnostics, and are expected to transform medicine in the near future.

Q: How did you first get into the field of smart polymers and biomaterials?

Hoffman:
In about 1983, I went to see this medical doctor, also a brilliant biologist who wanted to use antibodies that he had developed in his lab. Antibodies are mostly proteins that recognize smaller partner binding partners that have an affinity to bind together. And so he thought maybe he could create a kind of a biological test for toxins. So if you ingest that's toxic, or catch a disease, your body recognizes it as a foreign molecule because it's not normally in your body and will build up antibodies to that toxic material.

That’s essentially where it started. He wanted to take the antibodies that he’d licensed from his laboratory and use them in a diagnostic test, as well as a therapeutic product, a drug to fight the toxin or disease. And I was able to help with that, because of my work with polymers.

Ebara:
I have been interested in the medical field since I was a child. Also, I was a big fan of Jules Verne's book “Around the World in 80 Days.” I really like his quote, "What people can imagine can always be realized." So I really wanted to create new technologies to save lives. This was my initial motivation to enter this field.

Q: What do you think of MANA's concept of “nanoarchitectonics” for developing new materials?

Hoffman:
Nanoarchitectonics is basically just a fancy word for working with nano-size systems. But it’s a good word because it suggests that the architecture of the system can be varied over a wide range, in terms of shapes and sizes and concentrations.

It’s a great way to get in and increase the dose of a drug, for example. The thing with polymers is, if you increase the concentration of a polymer, the system gets very thick, very viscous. But if you can go to nano size, you can put a lot of those little polymers in nanoparticles. So you can get a much bigger payoff from a drug. 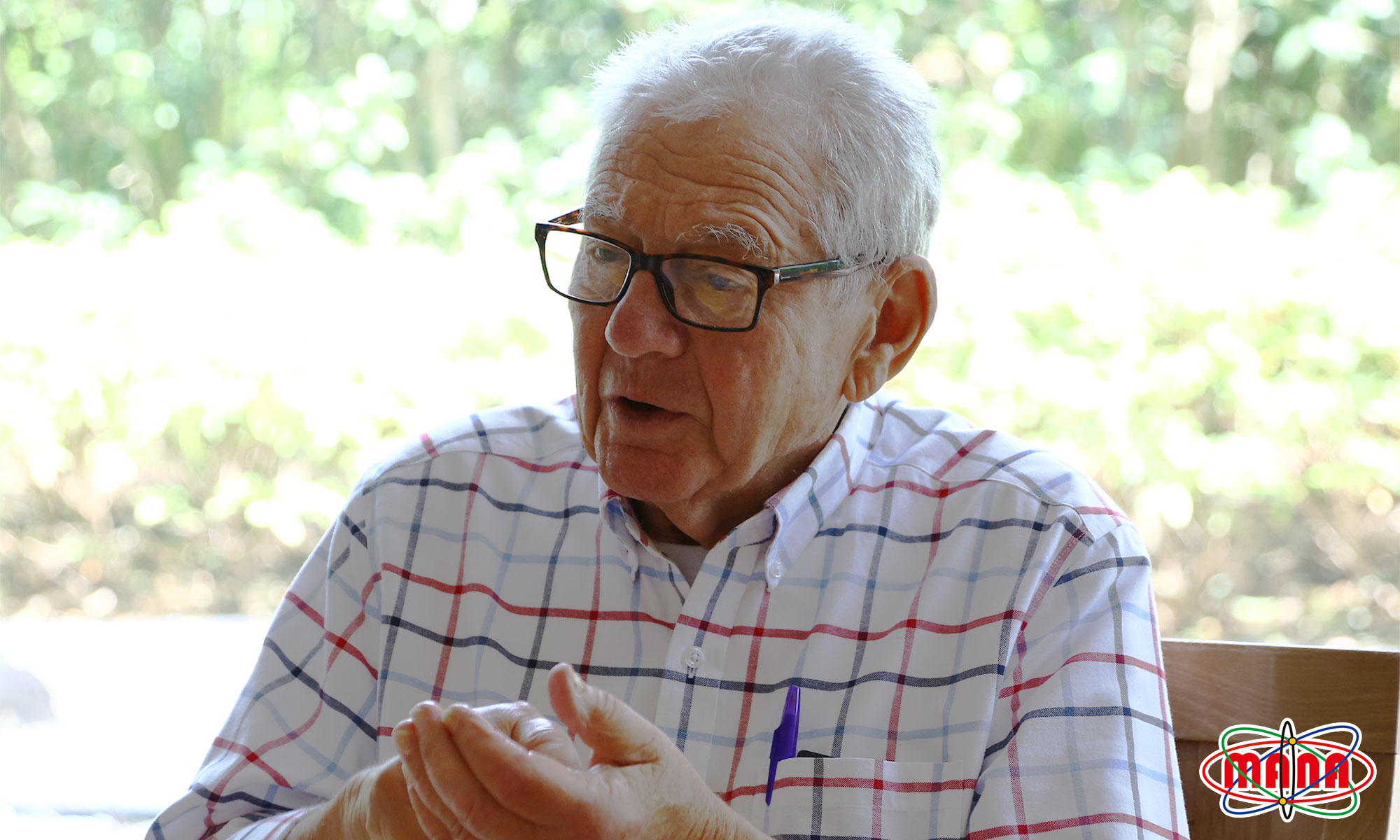 
Q: What kinds of polymer and materials research is MANA particularly good at? Is there a unique skillset here?

Hoffman:
I'm originally a polymer chemist, a polymer engineer. The work that I did was with materials that are called “smart.” Everything is smart these days, but it basically means the material responds with a big response to a small stimulus.

There are lots of applications out there. For example, say a biomolecule has an affinity in which it recognizes a specific toxic molecule -- you could use it to purify aqueous systems, such as water supplies.

Ebara:
There are many applications for materials in the medical field. But the most important thing is safety. At MANA, we use conventional (FDA approved) materials. But we only change their nanoarchitectures to make them "smart." So the materials themselves are already approved, but the functions are very different. I think this is one of the advantages to using MANA's concept.

Q: Talking to people at MANA and NIMS, the impression you get is that the molecules they are working are sort of “magical,” in the way they can identify and target toxins.

Hoffman:
There's the idea of human disease and the idea of finding a “magic” molecule that can cure human disease is part of the science today. You may need to identify the magic molecule by using a recognition process called antibody-antigen binding. If you go to the doctor and he gives you a drug to, say, reduce the action of the state of disease that you have in your body, he will probably include an antibody to the antigen, which is the disease in your body. The antibody's biological recognition is a very special action.

In designing these molecules, we always need collaboration from the biological side or medical doctors. Otherwise, it's very difficult to progress in biomaterials research. The doctors and the biologists indicate the direction that the materials science should go.

I didn't know any biology to begin with. I had a huge learning curve, but it was great fun. It's been a great ride for me. I was not a biologist when I started, but I think I'm not bad in biology right now.

Q: Dr. Ebara, you work with nanofibers. How are they applied to the medical field?

Ebara:
Basically, using a smart polymer, we can control the release of drug, just like turning on and off a switch using temperature or something. We basically incorporate a drug, like a cancer drug, into a nanofiber mesh, and the medical doctor is supposed to transplant to the cancer area and then control like a chemotherapy. Also, we can incorporate magnetic nanoparticles that release heat so we can do chemotherapy and thermotherapy together.

Hoffman:
It's synergism. When you combine the two technologies, you get one plus one becoming much bigger than two. 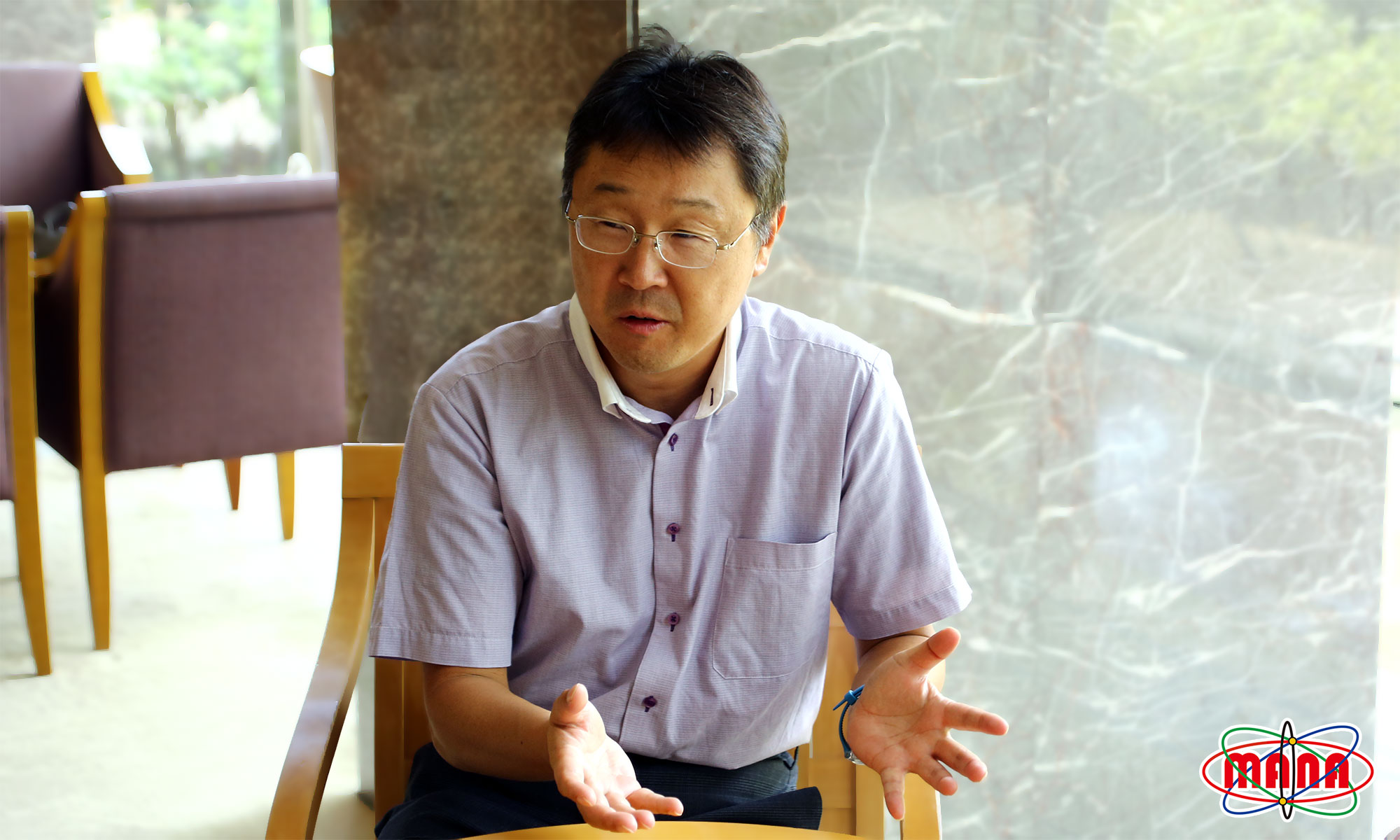 Hoffman:
Well, “challenges” implies some negativity, but I would say the opportunities are tremendous in spanning so many different problems. Having the diverse backgrounds is very helpful because you get different viewpoints.

Ebara:
One of the benefits of having diverse nationalities is that we can get more information about global health. For example, I can ask my students from Thailand and Indonesia about diagnostic assays for malaria and tuberculosis. An internship student from Australia has informed me about how skin cancer is a serious problem in Australia. On the other hand, the challenge is that different religions have different sense of values in term of medical technologies and "life."

Q: How was the symposium?

Hoffman:
Well, I gave some lectures and talked with students. The young students that are just coming up, they are the future. That's what I tell them when I talk to them. They have to work hard to keep up with both biology and polymers, but they're lucky.

When I was starting in science, we only had one source of information about what was going on -- chemical abstracts. The American Chemical Society published synopsis books of all the different articles that came out in journals and newspapers and everything else. Today you've got the internet, Google -- you've got wonderful resources. I wish I’d grown up with what's available today.

Ebara:
I think that if you look at the citation index, you can see that the amount of smart polymer research is growing dramatically. There are not many official smart polymer conferences around the world. Since 2010, we have held three of them here in Tsukuba. It’s becoming a global center for smart polymers. 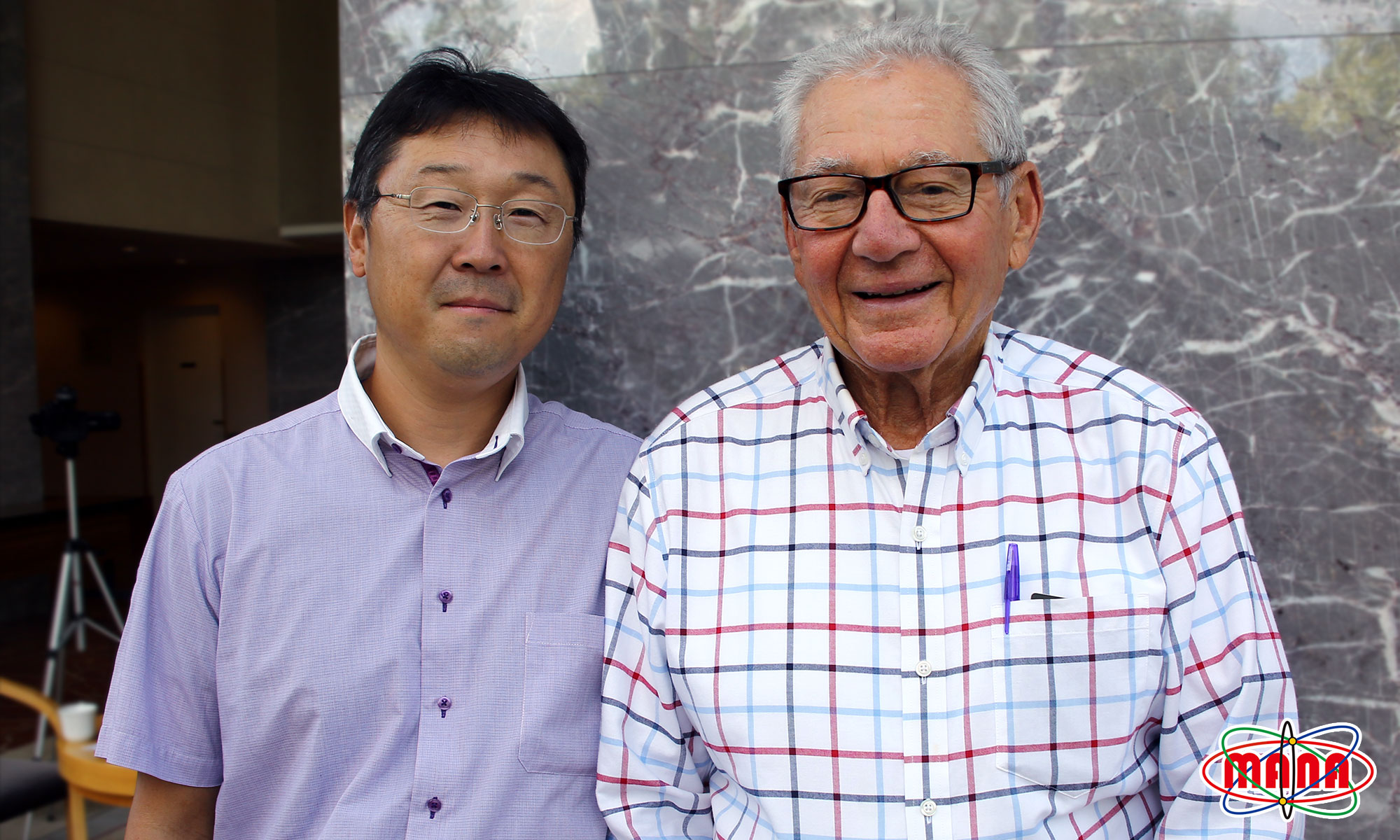