Research in organic electronics has a long history with major breakthroughs including the serendipitous discovery of conducting polymers in the mid-1970s, the implications of which were recognized with the Noble Prize in Chemistry to Heeger, MacDiarmid and Shirakawa in 2000. This and related research on organic materials for applications in electronic devices led to the birth and proliferation of touch screens of smart phones, organic photovoltaic devices, and the dawn of flexible organic electronic devices that can be worn, like a suit and tie.

“The potential of flexible organic materials for fabricating sensors, displays and sources of tunable light, for example, is the driving force pushing research in this area of materials science,” says Yutaka Wakayama, an expert in organic electronics and Deputy Director, MANA. “The challenge facing the organic electronics community is to integrate flexible devices to enable functional, and useful data processing for practical applications such as logic operations and switching. Solving these issues has been the driving force for my research over the last decade or so.”

Highlights of research being undertaken by Yutaka Wakayama and colleagues

Wakayama is collaborating with experts in chemistry, optics, and organic materials on the development of organic field-effect transistors using photochromic molecules that exhibit reversible changes in conformation, polarity, π-conjugation, and energy levels on irradiation with ultra-violet (UV) or visible light irradiation. Examples of photochromic materials include spiropyran, azobenezene, and diarylethene (DAE).

“Our approach has been based on the direct use of photochromic materials, using vacuum evaporation through shadow masks, in contrast to self-assembly and other chemical methods,” explains Wakayama. “We think that our method is much more practical for real life device fabrication and applications.”

In 2014 Wakayama and his team reported on light induced semiconductor-insulator phase transition in field effect transistor structures with DAE channels [1]. Visible light induced insulating properties and UV changed to a conducting channel. The light-induced electrical current modulation was more than 100. The figures of merit of the devices were significantly improved by using a PMMA (polymethyl methacrylate) interface layer to decrease the off-current and α-6T (α-sexithiophene) interface layer to increase the on-current that led to ON/OFF ratio of 1000 [2].

Laser patterning of electronic circuits is an important application of the ability to switch transistors on and off using light. In 2016 Wakayama and his team reported on the laser pattering of semiconducting and insulating DAE channels using 325 and 633 nm laser light, respectively. Further experiments showed the ability to fabricate “optical valves”, that is, regions on the channels of circuits that can be switched on or off by irradiation with the appropriate wavelength of light [3]. To demonstrate the potential of these results, Wakayama used optical valves to produce rewritable ADDER logic gates. 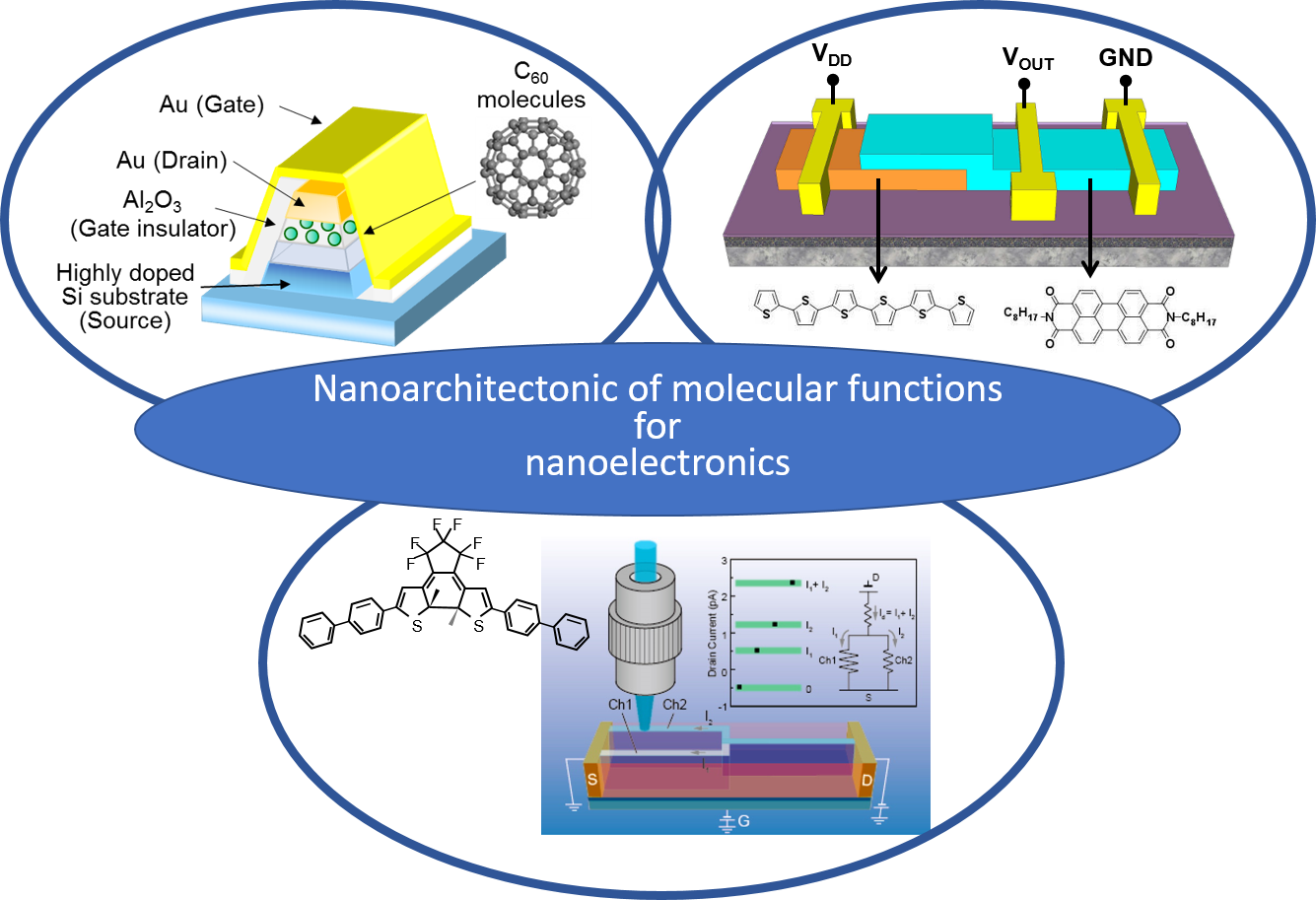 Anti-ambipolar transistors were fabricated using pn-heterointerface consisting of α-6T (p-type) and PTCDI-C8 (n-type) [4]. The devices exhibit negative differential resistance with an ON/OFF 1000% at room temperature. These devices have overcome the limitations of conventional negative differential resistance devices that have low on/off ratios of around 30, and only function at cryogenic temperatures. The mechanisms underlying the carrier transport across the hetero-interfaces [5] and examples of multi-level logic circuits have been reported by Wakayama and his group [6].

The devices were produced by vacuum evaporation, where organic molecules and metals were deposited from K-cells in one chamber, and atomic layer deposition used to produce the insulating layer in an adjacent chamber.

“These structures could be stacked for vertical tunnel transistors with side gates,” says Wakayama. “The tunneling is controlled by gate bias voltage. Our research underscores the possibility of integrating molecular devices in silicon technology. Organic electronics has wide-ranging potential. There is still a lot of research to do.” 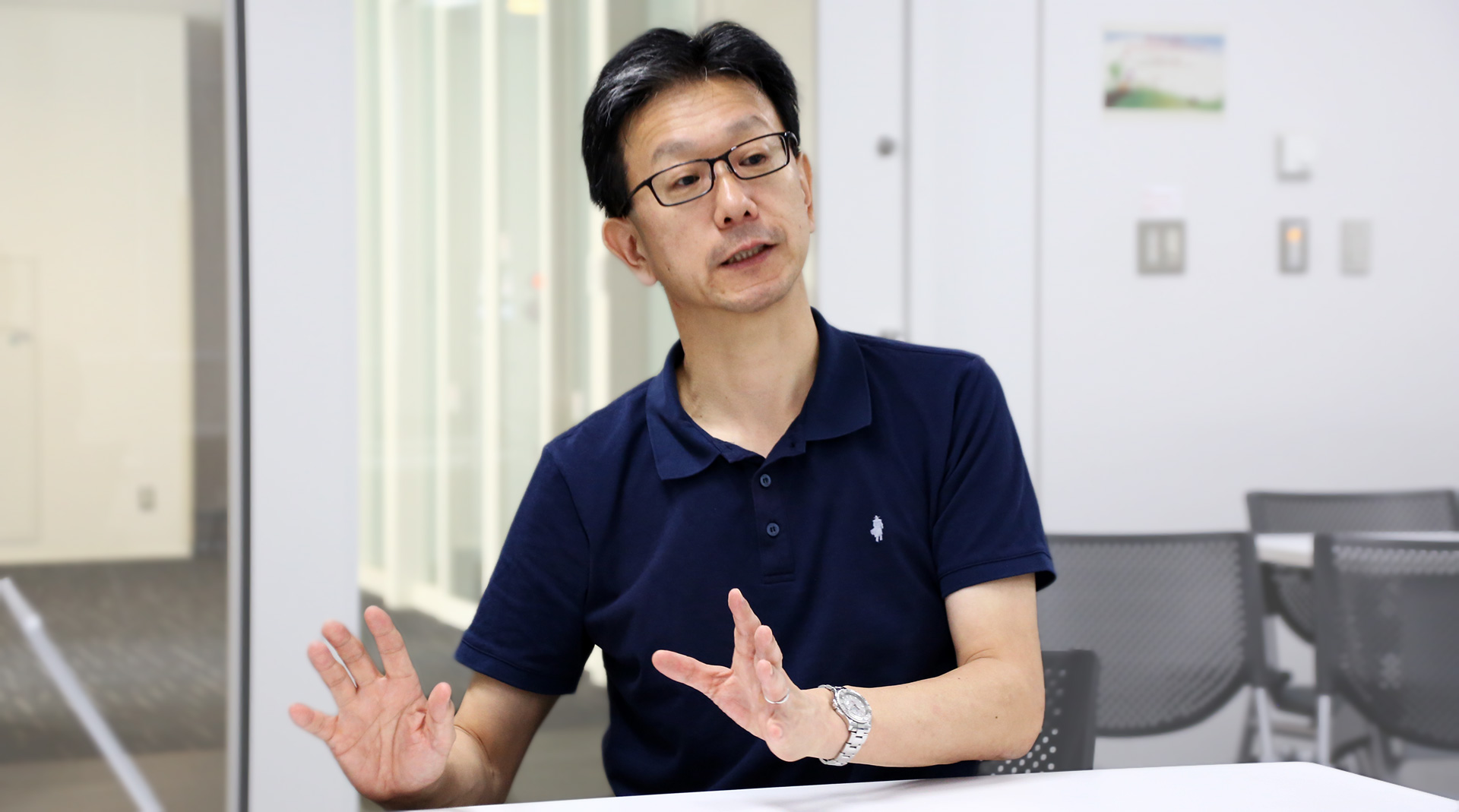