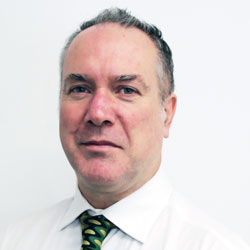 Jonathan P. Hill, Group Leader of Functional Chromophores Group, in an international collaboration with researchers in Europe and the United States, reports the preparation of long-sought-after nitrogen-containing acene molecule decazaapentacene (DAP), containing five fused aromatic rings. The molecules have different properties depending on how many electrons they contain (i.e., oxidation state), and this might be applied in catalysis especially for water oxidation or ‘water splitting’, an important potential green energy source, or photocatalysis using light to activate chemical reactions.

The results indicate the effects of oxidation state on the molecular self-assembly process where molecules automatically assemble based on programming by their intrinsic structures. The importance of nitrogen-containing molecules for nanotechnological applications is also emphasized by this work.
Molecular design and synthesis were completed at MANA then followed up with observations of the molecules using scanning tunneling microscopy at University of Basel (Swiss Nanoscience Institute) and Paul Scherrer Institute, both in Switzerland.