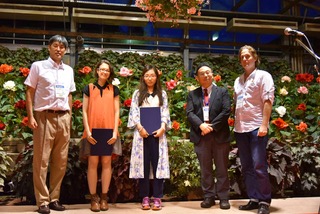 The Corbett Prize is awarded to a young scientist for an outstanding contribution given at the ICDS. It consists of a monetary prize and a prize certificate signed by the conference chairs. The prize is named in memory of James W. Corbett (1994), one of the pioneers in the field of defects in semiconductors, who always helped and encouraged young researchers. The prize has been awarded at every ICDS since 1995.