The prize is awarded to young researchers living in Ibaraki Prefecture who have great potential for producing remarkable results in science and technology. The prize was given to Dr. Yamauchi for his marked work on "Toward effective utilization for rare metals: Development of new nanoporous metals". 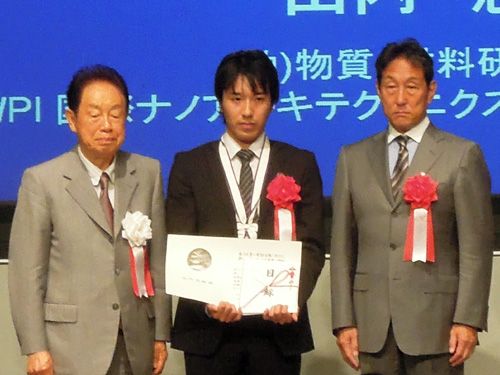