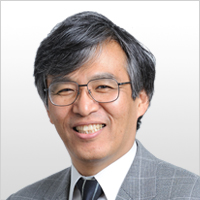 The award was given for his work on "Synthesizing 2D nanosheet and development of its functionalities".