This award is presented to an individual who, while residing in Canada, has made a distinguished contribution to macromolecular science or engineering. The award was given at the annual Canadian Chemistry Conference in Calgary on May 29, 2012. 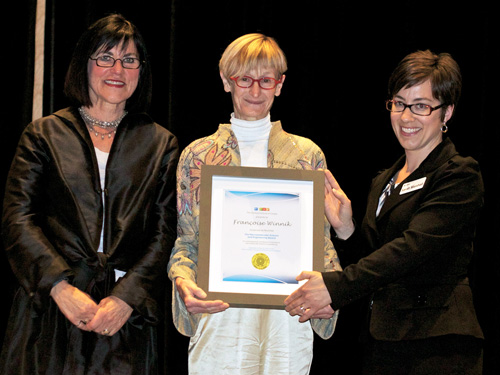