The group headed by Dr. Xiao HU in MANA, NIMS has discovered novel phenomena in superconductors with more than three components. Multi-component superconductors, such as MgB2 and iron-pnictide materials, are expected to hold the key to realize room-temperature superconductivity. Because of inter-band repulsions induced by Coulomb interaction, the superconducting gap functions take different phases yielding a phase-frustrated state. Novel properties which cannot be observed in conventional superconductors emerge, i.e. the broken time-reversal symmetry, fractional Josephson effect and softening of the Leggett mode associated with the oscillation of relative phases. These features are available only in systems with more than three components, which reminds the word of the famous philosopher Laozi in ancient China “Out of Tao, One is born; Out of One, Two; Out of Two, Three; Out of Three, the created universe”. Applications of this novel state to high-accuracy SQUID and implementation of qubit are anticipated. 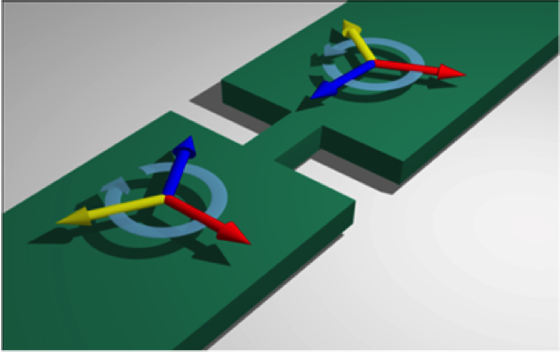 Figure 1. Frustrated superconducting state with three phases different from each other corresponding to the broken time-reversal symmetry. The twin of clockwise and anti-clockwise states may be used for implementing qubits. 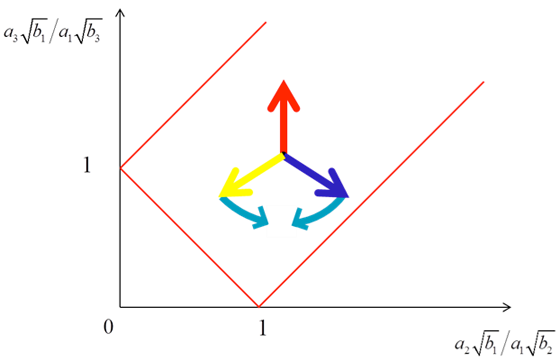 Figure 2. Phase diagram according to the ratios among strengths of the three superconducting components. When summation of any two components is larger than the other one (the condition for forming a triangle), the strong competition among the three components yields the frustrated state. In other regimes, one of the three components dominates the system, resulting in the conventional state. The Leggett mode associated with the oscillation of relative phases becomes massless at the phase boundaries.