The first-ever international molecule car race "NanoCar Race" will take place on April 28-29, 2017 at CNRS in Toulouse, France. Six teams from five countries around the world will compete with each other for the first place over 36 hours. From Japan, NIMS-MANA team will participate with the molecule car propelled by flapping motions of two wing-like structures on the molecule.

Live public viewing event will take place at Miraikan in Tokyo, Japan on Saturday, April 29 from 15:30.
Live streaming of the race will be broadcasted via NanoCar Race official YouTube channel as well. 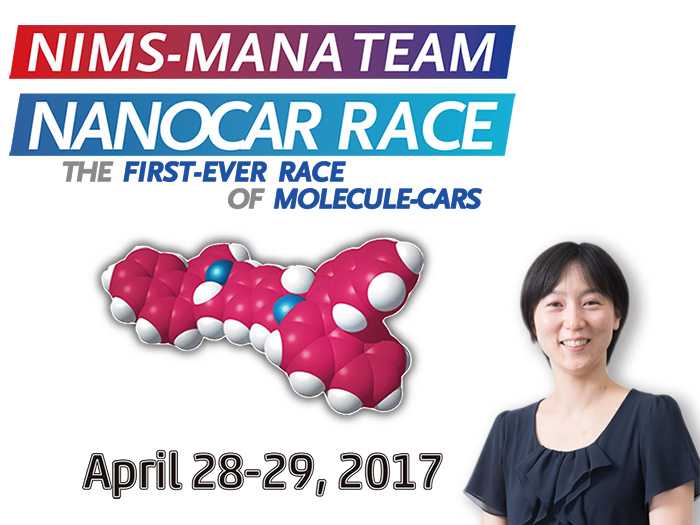