A research result conducted by a joint research group consisting of the Supermolecules Unit, Nano-Materials Field, MANA and the RIKEN Center for Sustainable Resouce Science, published on June 16, 2014, was introduced on NHK News, major newspapers and so on.

The program reported that the research group succeeded in visualizing the distribution of cesium in plant cells with a probe that emits green fluorescent light when it contains cesium. 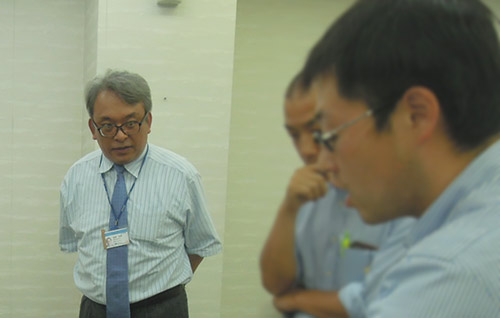