The MANA International Symposium 2014 was held at Epochal Tsukuba in Tsukuba City, Japan over a 3-day period from March 5 (Wednesday) to March 7 (Friday), 2014. The MANA International Symposium is held each year to present research achievements at MANA to Japan and the international scientific community. This year's event was the 7th in the series.
This 2014 Symposium featured Special Lectures by two Nobel Laureates in Physics, Prof. Leo Esaki (Nobel Prize winner in 1973) and Prof. Makoto Kobayashi (2008), as well as Invited Talks by 19 distinguished scientists from Japan and other countries. Research results at MANA were also announced in a total of 11 oral presentations and 115 poster presentations. The Symposium attracted approximately 425 participants over the 3-day period, and concluded on a high note after lively question-and-answer sessions and exchanges of ideas. 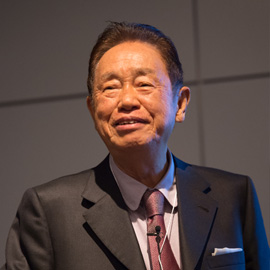 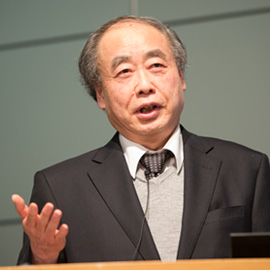 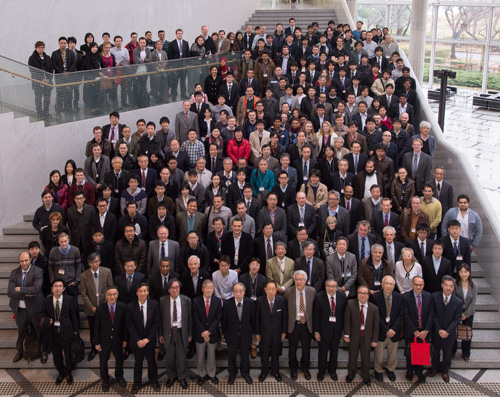